How to Smoke DMT: First-Timers Guide 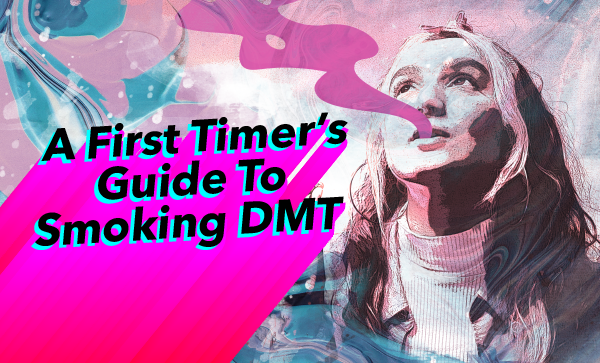 The highly potent, mind-altering hallucinogenic substance, known as DMT, is consumed by many spiritual, psychedelic, and religious communities across the world. The effects of this hallucinogenic are very powerful and commonly referenced or portrayed throughout art, literature, and music history. DMT naturally occurs in a number of different plant species across various diverse regions and climates.

The psychedelic experiences brought on by the DMT trip are often profoundly intense.

However, the effects dissipate within a shorter amount of time compared to most other psychedelic substances. If we have sparked your interest in trying this astonishing entheogen, continue reading below to learn exactly how to smoke it and what to expect after consuming DMT.

So You Want To Try DMT?

If you have never smoked DMT before but are interested in the effects and the trip associated with DMT, now is the perfect time to experiment with this trending, powerful, healing substance. Many Cities and states are decriminalizing and legalizing psychedelic substances such as DMT.

What is DMT and Why Smoke It? 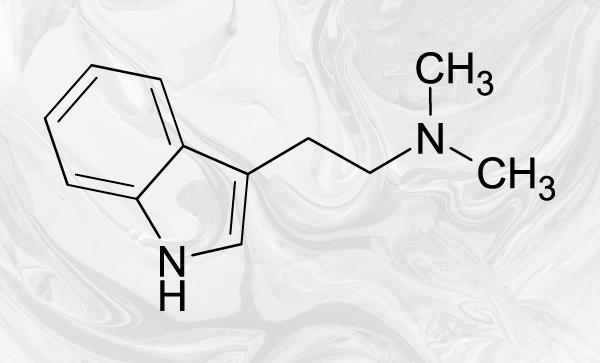 DMT is an entheogen that occurs naturally in the leaves, root bark, and stem bark of various known plant species across the globe. Plants like reed canarygrass (Phalaris arundinacea), prairie bundleflower (Desmanthus illinoensis), chacruna (Psychotria viridis), and Virola elongata (Virola theiodora) all contain N, N-dimethyltryptamine (DMT). DMT is extracted from plants like these or synthetically simulated in a lab for consumer distribution.

Many shamanic individuals in South America utilize plants containing DMT for spiritual and therapeutic rituals or ceremonies. DMT therapy or spiritual entheogenic retreats are becoming increasingly popular as it benefits those with anxiety, PTSD, and depression, amongst other ailments. If you would like to know more about this psychedelic substance or you are considering consuming DMT for the first time, continue reading below for a full review of the effects and smoking methods of DMT.

The Best Way To Smoke DMT For The First Time

If you are new to DMT, know that you are far from alone. Due to the recent entheogenic uproar in parts of the U.S., many of us are learning about, locating, and consuming DMT for the first time ever! If you are unsure of the DMT consumption process, follow along, and we will share the step-by-step instructions for smoking this substance. Conduct proper research on this entheogen before its consumption to ensure a pleasant trip with the most desirable effects.

Set The Environment For Your Trip

There are a few alterations that can be made to your environment to properly prepare for the perfect DMT trip. Be mindful about where you choose to trip, and pay attention to your feelings and intentions before consuming this or any other psychedelic substance.

Those in the DMT community largely prefer to smoke in the comfort of their own homes due to the negative stigma associated with consuming psychedelic substances. Aside from the stigma of entheogenic plants and mushrooms, possessing, growing, and consuming these substances are still criminalized in most of the U.S. If tripping in your home or the home of a friend is out of the question, consider consuming DMT in nature far from the city bustle and hidden from the majority of local law enforcement.

Aside from the legality, smoking DMT in the home is preferable because of the familiar comfort associated with your natural everyday environment. Tripping in a new or uncomfortable environments often causes nervousness or feelings of paranoia. Be mindful of your surroundings and smoke DMT where you feel most comfortable. This practice will set you up for a pleasurable DMT trip.

Practicing mindfulness and setting positive intentions before your trip can guide your trip in a positive direction. This quick emotional check-in is used especially by those who fear the notorious “bad trip.” A pro tip for smoking DMT is to journal before consuming the entheogen. Check in with yourself and write down how you feel. List your trip goals and what you hope to take away from the trip. Smoking DMT mindfully makes a huge difference to the value of your trip and helps you to avoid scary or unpleasant effects.

Get A Trip Sitter

A trip sitter is a trustworthy friend willing to look after you during your DMT trip. This friend will stay sober and make sure you don’t get yourself into any trouble while under the influence of the entheogen. A trip sitter might encourage you to drink water occasionally so that you stay hydrated and comfortable during your trip. They might also attempt to calm you if you undergo undesirable effects from smoking DMT. Make sure your trip sitter is reliable and aware of their role.

Some frequent consumers of DMT smoke it in very small doses (10mg to 15mg). Taking one or two small mg hits of DMT smoke or vapor results in a 10-15 minute trip when you close your eyes. However, many folks in the psychedelic community or those seeking spiritual guidance smoke this substance specifically to reach a “breakthrough”, which is an effect unique to DMT alone.

A DMT breakthrough refers to someone crossing the threshold from experiencing psychedelic effects to having an out-of-body or otherworldly trip. Terence McKenna, an accomplished American ethnobotanist, suggests inhaling three big hits to achieve a breakthrough on DMT.

Due to some undesirable effects obtained by overconsuming DMT, choosing a safe dose is crucial for experiencing a positive trip. According to a clinical trial studying the effects of DMT consumption, doses between 0.2 and 0.4 mg/kg of DMT distribute desired hallucinogenic effects. However, if you feel hesitant about the size of your dose, reach out to knowledgeable shaman or entheogenic experts in the community for guidance.

Other Common Ways To Smoke DMT

Those consuming DMT have a variety of options when it comes to the device used during the smoking process. Whether you use a vape, rig, or pipe, the general process remains fairly consistent. DMT must be vaporized and inhaled into the lungs for one to obtain the desired effects.

Smoking DMT from a rig is by far the most popular method used in the psychedelic community. Smoking from a rig allows for a pure and dense hit of DMT smoke, which assists the consumer in obtaining a trip breakthrough more efficiently compared to some of the other smoking methods. However, there are some small downside to consuming DMT from a dab rig. Handling a torch under the influence of DMT can potentially lead to injury. It is also difficult to obtain the proper temperature to vaporize the DMT without burning the substance. Assign the rig-heating task to your designated sitter for a better trip.

Some DMT smokers choose to smoke from a rig using the cold start method. A cold start implies that the nail of a rig is heated only after the substance has already been loaded. However, this method is practically impossible to execute when smoking without a trip sitter. When smoking DMT using a cold start, you will likely need to reheat the nail after the first or second hit. And as stated earlier, avoid handling a torch under DMT’s influence to remain safe during your trip.

Vapes are a recently up-and-coming method of DMT consumption. The stealth, convenience, and portability of DMT vapes are unbeatable when it comes to smoking this substance. The only reason some DMT smokers frown upon vapes is that they limit the intensity of a trip by distributing smaller hits of vapor, which can prolong the amount of time spent attempting to break through. Although, other consumers would argue that the size of hits offered by DMT vapes provides more control over the resulting high and allows the smoker to obtain their desired trip intensity.

Another common method of smoking DMT is to blend it with a bowl of weed. Some folks find that cannabis smooths the rough edges of DMT without affecting the trip’s intensity. You can either top your weed bowl with a thin sheet of DMT or layer it in between the bowl’s weed to achieve the DMT sandwich method. Once the bowl is lit, the DMT vaporizes and is inhaled alongside cannabis smoke. However, as it turns out, cannabis is not the only substance commonly blended with DMT and smoked.

Changa is a blend of dimethyltryptamine (DMT) and a monoamine oxidase inhibitor (MAOI). MAOIs allow for the build-up of serotonin and norepinephrine in the brain by inhibiting the oxidation of one or both monoanime oxidase enzymes. This is why they are also commonly used in antidepressant medications. The MAOI most commonly paired with DMT and smoked is Harmine. Harmine is a naturally occurring alkaloid found in plants such as wild rue (Peganum harmala).

Changa is often smoked by those looking for a longer, more intense high. The presence of an MAOI magnifies the effects of DMT by lengthening and intensifying the consumer’s trip. The caapi plant (Banisteriopsis caapi) is thought to provide the best results when its vine, commonly referred to as ayahuasca vine, is blended with DMT and smoked as changa.

Understanding The Effects of DMT

DMT can be smoked, sniffed, or boiled with other plants and consumed orally. The side effects of DMT are often reported as intense and mind-altering. Some consumers experience a total dissociation from one’s subjective self-identity that is often referred to as ego death. In the results of a recent study conducted by researchers at Maastricht University, DMT consumers experiencing higher levels of ego death during their trip also report a more uplifted mood and a brighter outlook on life after the entheogen’s effects dissipate.

Other effects associated with DMT are auditory and visual hallucinations often reported as otherworldly. After smoking DMT, you can expect a distorted perception of time, light, color, sound, and visual surroundings. Consuming smaller amounts of N, N-dimethyltryptamine causes a mild trip comparable to LSD or psychedelic mushrooms. Consuming larger amounts of DMT ensures a psychedelic breakthrough. This “breakthrough”, to put it simply, is a temporary, yet total, detachment from reality.

The intensity and duration of a DMT trip depend on the dose amount and the method of consumption. When smoking DMT, the effects appear nearly immediately and last approximately fifteen to thirty minutes. The trip is powerful but rather short compared to many other hallucinogens. However, due to the distorted perception of time when tripping on DMT, thirty minutes can often feel more like an hour.

Other Names for DMT

When planning to trip on entheogenic substances like DMT, make a list and check it twice because one cannot be too prepared or over-knowledgeable about the mind-altering substances they choose to consume. Read studies, conduct research, and ask plenty of questions to more experienced members of the psychedelic community for a better understanding of DMT and other entheogenic substances. Once you feel that you are ready to consume one of these substances, remember to check in with your mental state and the level of comfort you feel pertaining to your environment and surroundings. Avoid tripping alone, especially for the first few times consuming a certain substance. Get a good feel for your tolerance before attempting to trip without a sitter. Lastly, be safe and have a blast! (A blast off into space, that is.)